How to discern Azerbaijani fake news from real facts: Guidelines

As it is known, yesterday at around 12:30, the servicemen of the Azerbaijani armed forces made attempts to violate the state border of the Republic of Armenia in the direction of Tavush region in an UAZ-model vehicle. However, they were suppressed and thrown back having human losses. Even now the shootings regularly keep on with different intensity. Unlike the enemy, which has already made a statement about 4 victims, the Armenian Armed Forces had no losses

The border tension is followed by the Azerbaijani cyber-attacks and the spread of misinformation by the latter. As a rule, false numbers about the losses in the Armenian Armed Forces are published -   a vivid example is the news about the death of 30 Armenian soldiers that was spread yesterday by a user named Davit Grigoryan. Note, that similar news is often spread in Facebook groups with a large audience. 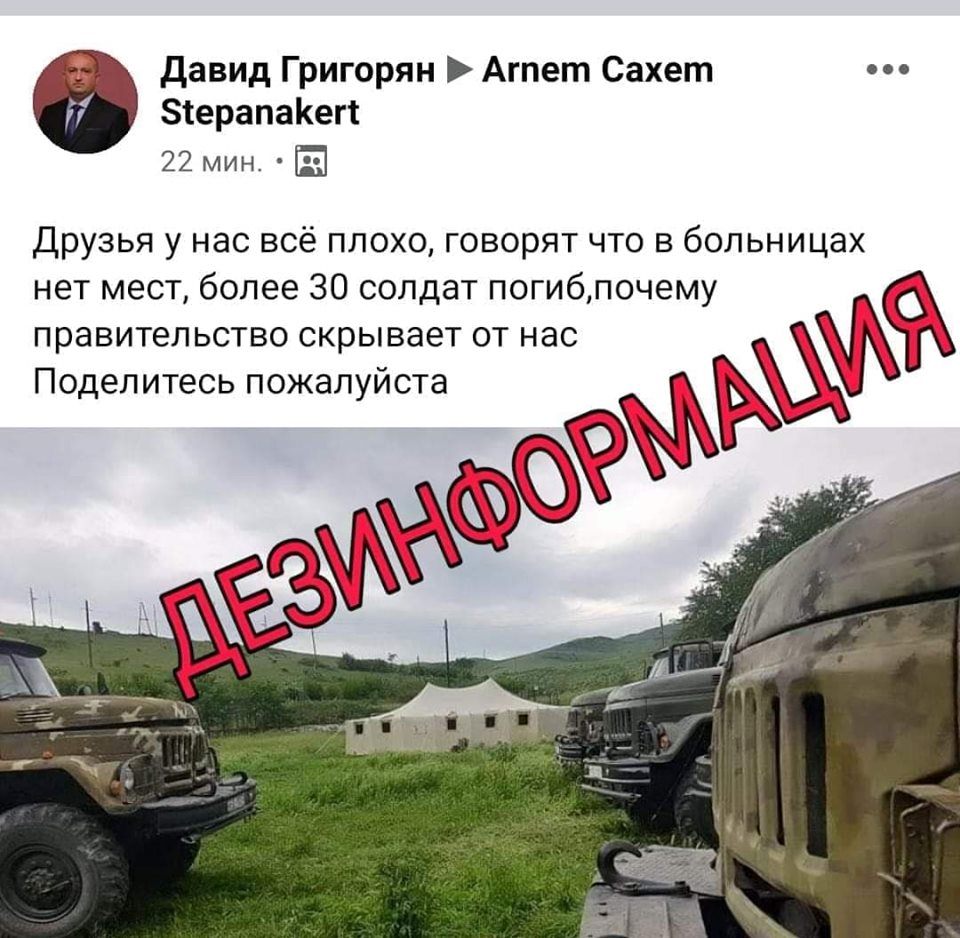 David Grigoryan     Arnen Caxem Stepanakert
''Guys, the situation is bad here. They say, there are no rooms in the hospital, over 30 soldiers died. Why the Government conceals the information? Please, share!'' (The original message was in Armenian and it is obvious that the user used Google Translate)

MISINFORMATION:The purpose of similar fake news is to mislead the audience and to cause panic. To avoid provocation, it is vital to follow a few simple rules on the use of the Internet.

We can often come across years long publications, which are presented as news to mislead you. To avoid misunderstanding, it is important to verify the publication date prior to reading the article. The date usually follows the title: in the right or left corner. However, there are websites that lack the dates, or have skillful forgers who can even change the date, which makes the verification process more complicated.
The exact date of publication can be seen through Facebook by browsing the title or URL of the publication. Here we can see when it first appeared on the Internet. Google also stores the data and dates of the publications. All you need to do is to enter "Inurl:" command, after which enter the publication URL code inside quotation marks. If the publication date is not visible, add the command "&as_qdr=y15". Information on the publication dates can be found in Google cache as well as in archive.org.

Nowadays you can come across thousands of Facebook users who spread false information, who write in Armenian letters and seem to master very important information, but in reality, they are hackers led by Azerbaijan, having hacked Armenian pages. In this case, it is again recommended to follow the official sources of information and provide the disseminated information to the Information Verification Center. We will find out whether or not the news is accurate as soon as possible and will inform you about it.
It is also important not to enter into a dialogue with unfamiliar and suspicious users who will try to get information from you about the situation by asking questions.

The next important step is the verification of information through application of online tools. As a rule, Azerbaijani fake news can be detected through Google Image Search, as nowadays, fake photos, and especially the ones of dead soldiers, are often spread. It is very easy to use the program: upload an image in the application and see where and in what context the image was previously used.

Right-click an image to select the Search Google for this Image.

''The Armenian side has no losses'', he mentioned…

Thus, if you see at least one photo taken before the specified date, you deal with previously published information or a photo taken elsewhere, which they are trying to spread as a new fact.

To accurately identify the people on the photos, you can make use of the Yandex search engine by entering the link of the photo in the respective search field. 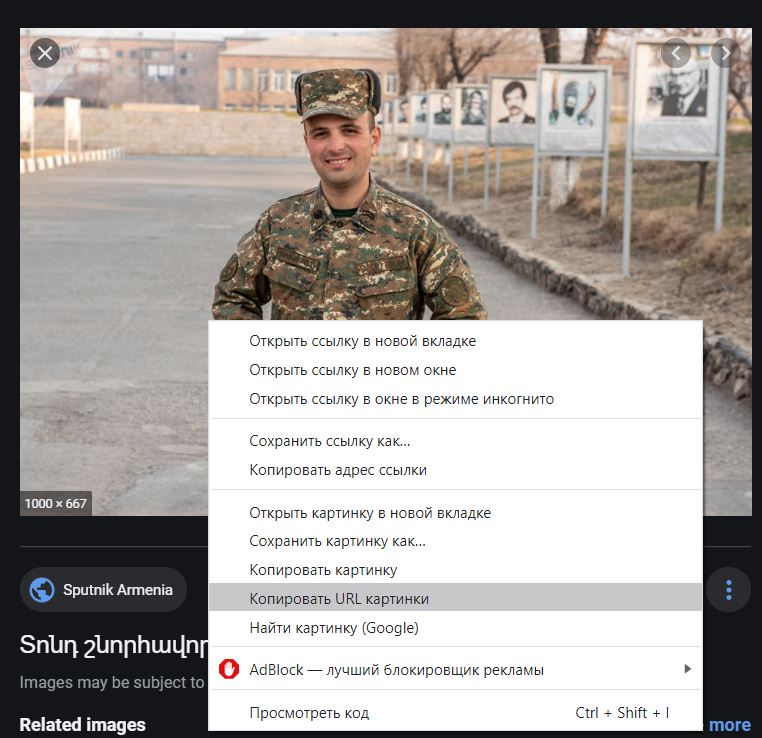 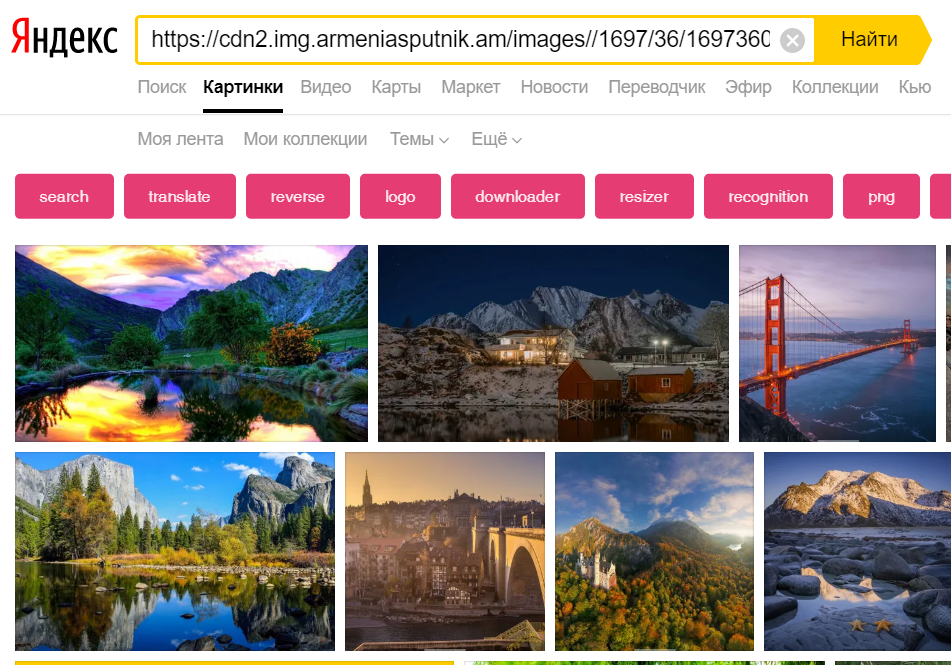 This way you will see when and where the given photo was first published. Often those are the photos published several years ago and were uploaded from the social media that are not very popular among Armenians.

You can use Youtube DataViewer to determine the authenticity of disseminated videos and the exact date of publication.

This tool will enable you to verify when and on which platform the video was previously published. 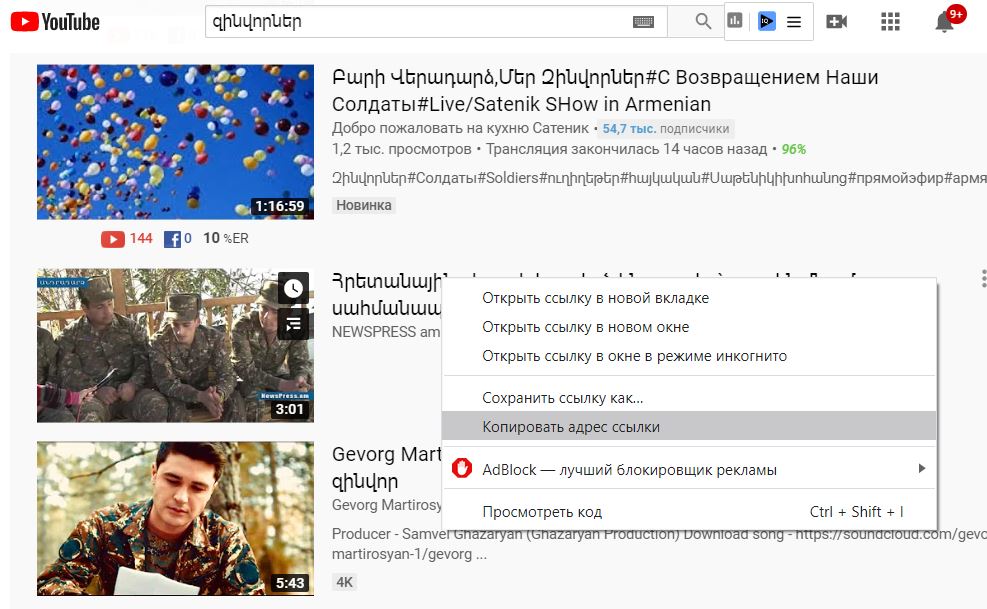 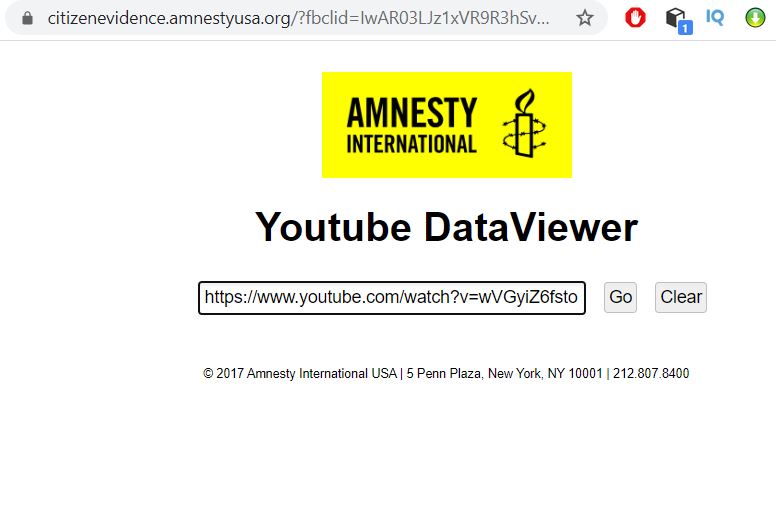 If you come across a video with an old date, it is false and another attempt to mislead you.
Videos can often be edited, in which case it becomes more difficult to figure out whether or not the video is original. In that case, we recommend avoiding the dissemination of the content and sending it to the RA National Security Service.

As we have already mentioned, Facebook groups with a large audience are the main tools for spreading fake news. If you have an active group, temporarily disable the posting option for all participants except for administrators and moderators and filter the information published in the group. Do not let unsettling and suspicious news to be spread on your platform.