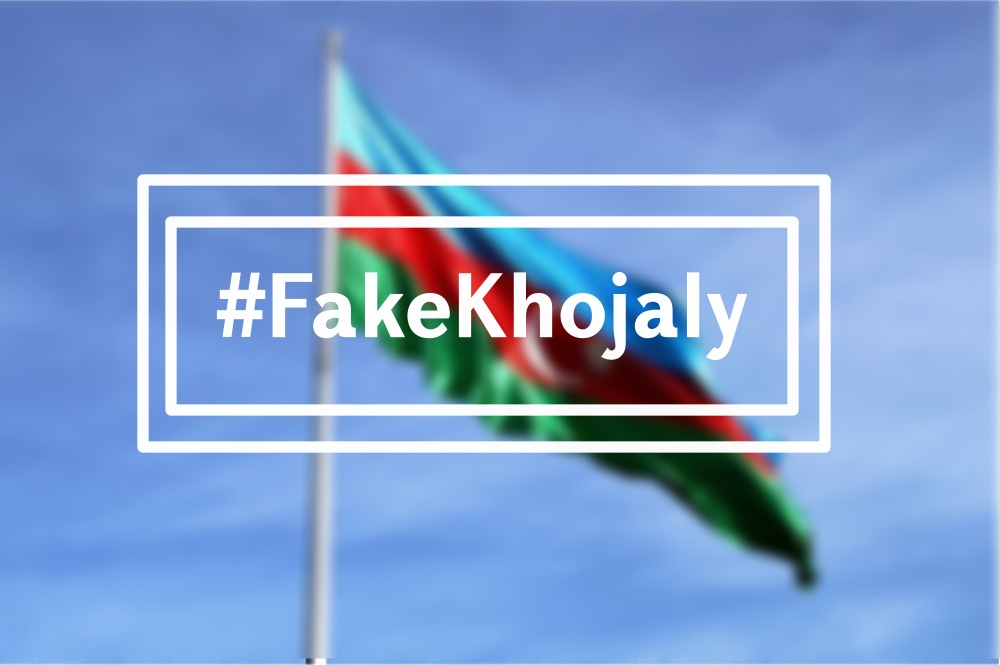 Every year these days Azerbaijani state propaganda machinery publishes anti-Armenian publications in local and international media. The topic is Khojaly, the aim is to sow anti-Armenophobia.

For decades, Azerbaijan has tried to portray the Khojaly events as a massacre of civilians by Armenians. However, the facts, which the Azerbaijani side persistently ignores, speak of something else.

The Information Checking Center presents the basic false theses and facts of the Azerbaijani propaganda about the tragic events of Khojaly.

Khojaly (now Ivanyan) is a village located in the Askeran region of Artsakh, 4 km southwest of the regional center, at the intersection of the rivers Badara and Karkar. It has a total area of 249 hectares. After the liberation of the village, it was settled by the Armenians displaced from Armenian-populated regions of Azerbaijan. Contradictory data on the number of people killed during the liberation were published. The investigation of the Azerbaijani Parliament mentioned about the 485 people killed (including those killed during the Khojaly events and those dead in the cold while escaping from the city). Meanwhile, Azerbaijan announces the killing of 613 people. 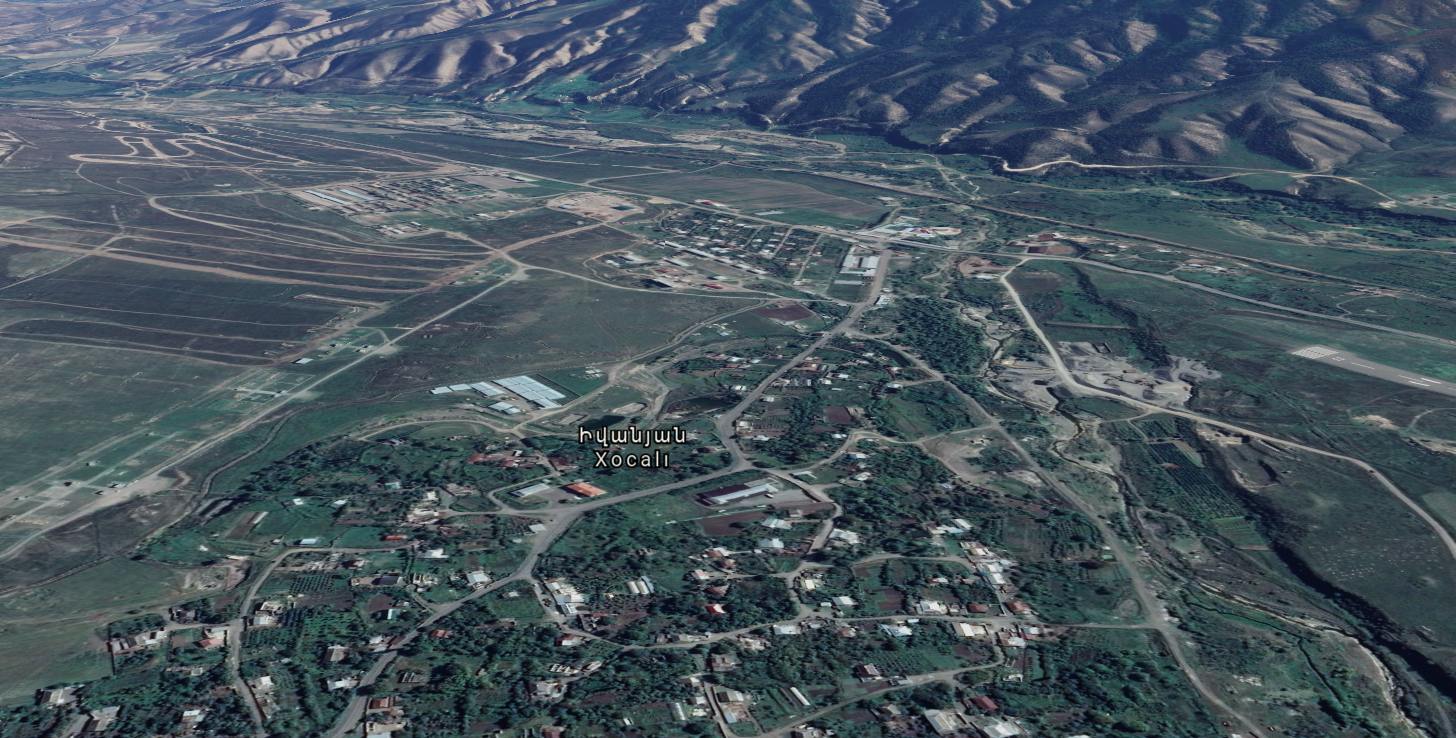 Why and how was Khojaly liberated?

Azerbaijan has blocked Stepanakert since autumn 1991. Khojaly was one of the main firing points, from where the capital was fired. The Azerbaijani OMON units took control over the Khojaly airport. The land connection was cut off, the population of Stepanakert was on the edge of a humanitarian catastrophe and the life of the residents was endangered.

The Nagorno-Karabakh forces had to enter Khojaly from 4 directions: Noragyugh, Mehtishen, Katuk and territories adjacent to the airport. The operation of liberating the settlement was planned and headed by Arkady Ter-Tadevosyan.The commanders of the Armenian units were informed about leaving an open corridor along the Karkar River for the evacuation of citizens.

The Artsakh self-defense forces warn the Azerbaijani forces of the attack in advance  and inform about providing a humanitarian corridor in the direction of Khojalu-Askeran-Aghdam to let the civilian population leave. 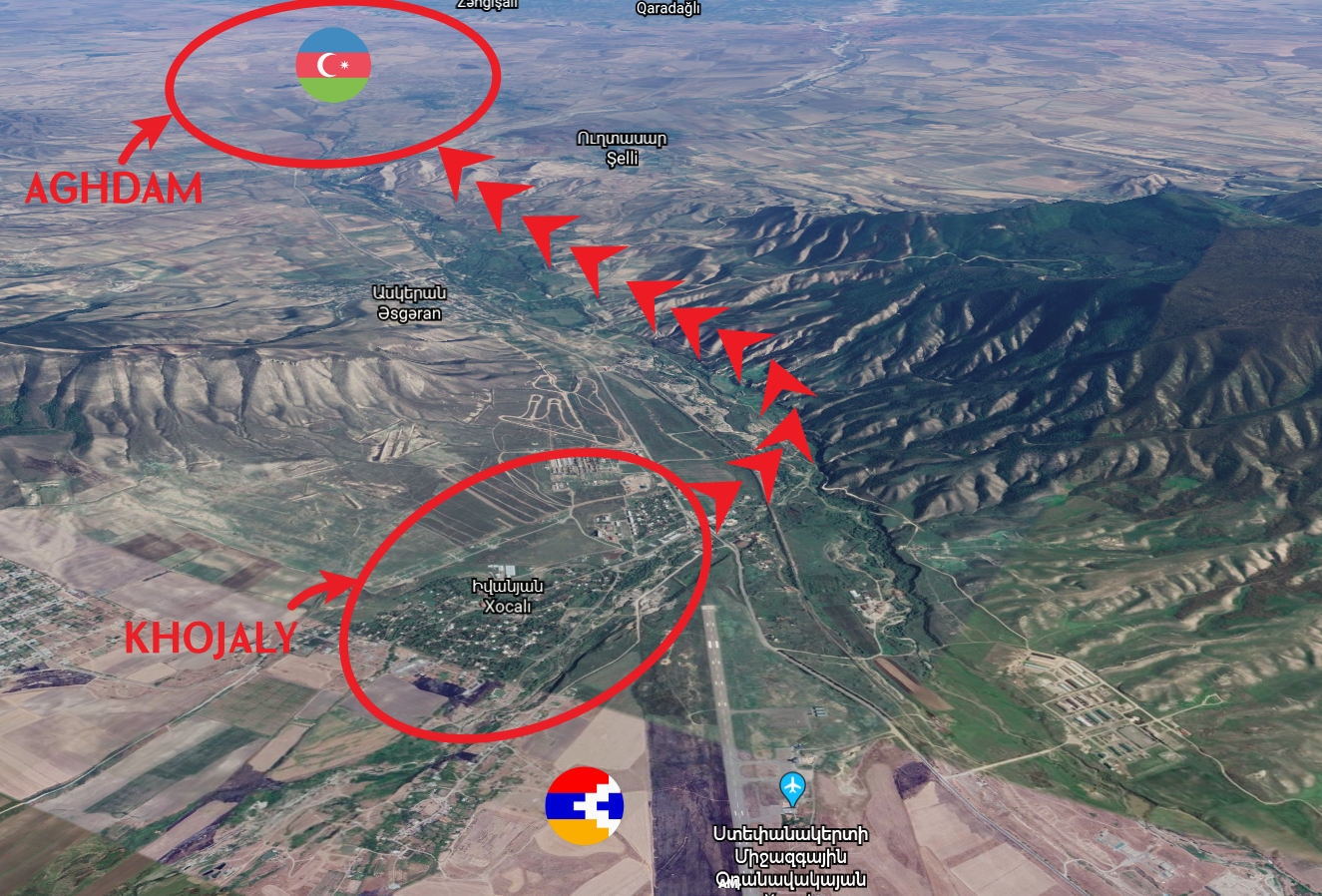 On February 25-26, Khojaly is liberated as a result of the operations of the Artsakh forces. The bodies of 7 people, including the armed forces (in military uniform) were found in the settlement.

Where and how were hundreds of Azerbaijani civilians killed?

The corpses of civilians from Khojaly were shot for the first time on February 29, for the second time on March 2 by Azerbaijani operator Chingiz Mustafayev. The corpses were found 10-11 km away from Khojaly, near the Azerbaijani positions in Aghdam. The Armed Forces of Azerbaijan are seen on the video. Mustafayev just couldn’t shoot in that area, if it was under the control of the Nagorno-Karabakh forces.

How the Armenian forces could massacre the civilian population in the area under the control of the Azerbaijani Armed Forces, is unclear.

In spring 2005, the Azerbaijani journalist Eynulla Fatullayev visits Khojaly. Returning to Baku, he wrote a series of articles.

“Years ago I met some refugees from Khojaly, temporarily settled in Naftalan. They confessed that several days prior to the attack, the Armenians were warning the population about the planned operation through loudspeakers, suggesting the civilians leave the town through a humanitarian corridor along the River Karkar. According to some of the Khojaly residents, they used the corridor and indeed the Armenian soldiers didn’t open fire on them”.

Ayaz Mutalibov, the first president of Azerbaijan, in his interview with “Nezavisimaya Gazeta” in April 1992, stated not only about the existence of a “free corridor”, but also claimed that the massacre of civilians in Khojaly was committed by Azerbaijani opposition, so as to remove him from office.

Journalist. –What do you think about the Khojaly events, after which you resigned? The corpse of the people from Khojaly were found not far from Aghdam. Someone had shot them in the foot to prevent them from escaping. Then they were hit with axes. On February 29, my colleagues had filmed their corpses. On March 2, during the new recordings, the skulls of those corpses were removed. This is a weird game.

Mutalibov. – As the rescued Khojaly residents say, this everything was organized to create the scenario for my resignation. Some force acted to discredit the president. I highly doubt, that the Armenians showing a clear and reasonable approach to such a situation would allow the Azeris to obtain facts exposing their fascist acts. If I declare, that it was the fault of the Azerbaijani opposition, then they can say that I slander. However, the general picture is that Armenians left a corridor, through which people could leave. So why would they shoot? As soon Khojaly was surrounded by tanks it was necessary to immediately lead the civilians out. Earlier I had given similar orders regarding Shushi: to evacuate women and children and to leave only men in the city. It’s one of the laws of war: people must be rescued. My conduct was objective and unambiguous: I gave such an order, but why they weren’t followed in Khojaly is not clear to me.

The number of victims is also unclear

Currently, the official Azerbaijan reports, that 613 civilians were killed, including 63 children, 106 women and 70 old people. According to Human Right Watch data, the death toll is estimated at more than 200. According to the official investigation conducted by the Azerbaijani Parliament, 485 people were killed (including those died of cold). On February 24, 1994, the Azerbaijani Parliament adopted a resolution on “Khojaly Genocide day”, noting that 335 people of 5 thousand population of the city became the shehids (martyrs).

Havva Memmedova’s list consisting of 531 names (including 7 unrecognized corpses) found in the book “Khojaly: shehids and shahids. Armenian terrorism as an integral part of international terrorism” published in Baku, in 2004, was reduced to 530 names after clearing the repeating names. In case of others, they have changed the ages, at least 44 were servicemen.

To make the propaganda more effective, Baku also uses emotional photos taken from other places and presenting them as a Khojaly chronicle. 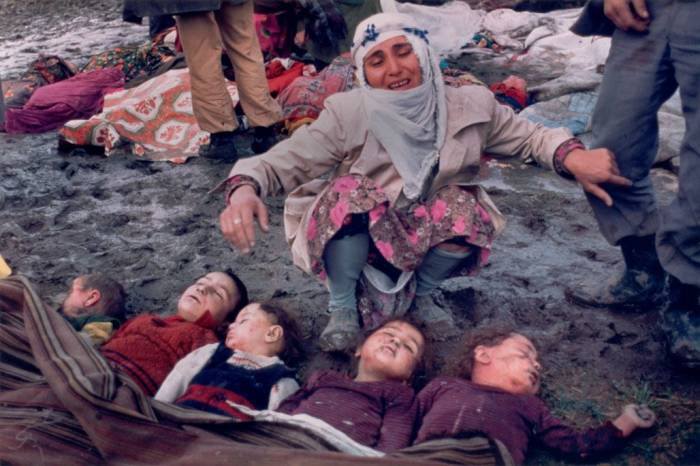 This photo was taken in Turkey, in 1983, after the devastating earthquake. 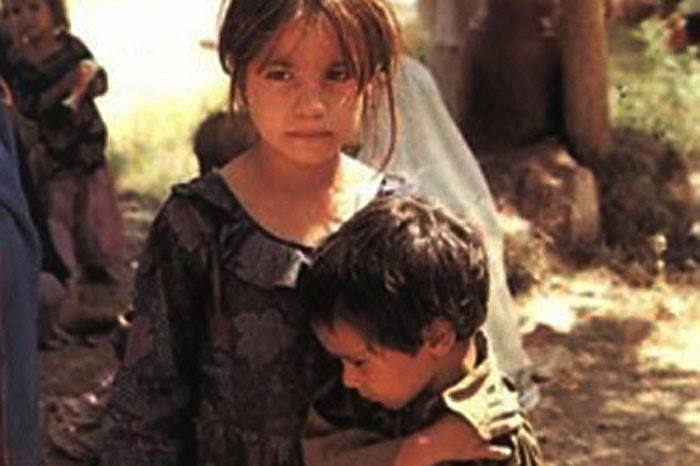 For more detailed information about Khojaly you can visit Xocali.net professional website.

Coronavirus: new wave of fake news around the world50