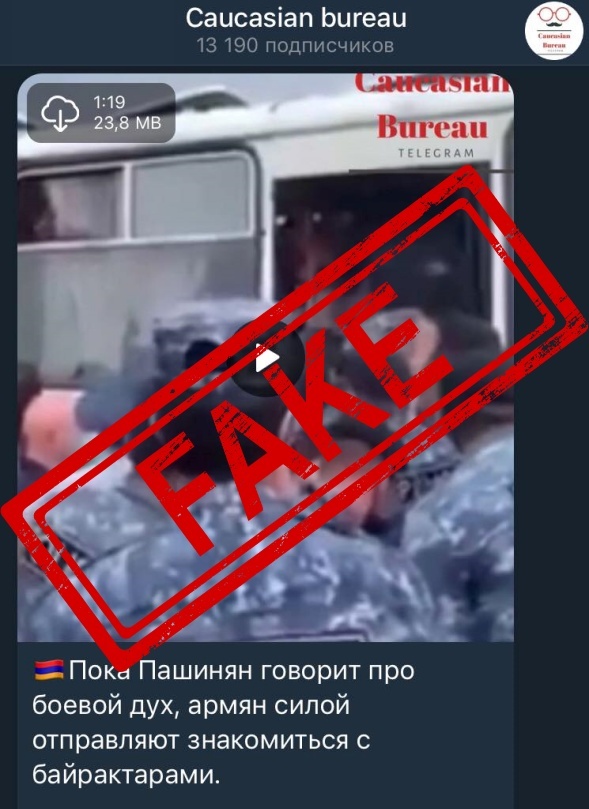 In the evening of October 27, immediately after the speech of the RA Prime Minister Nikol Pashinyan, a video was spread on the Azerbaijani Telegram channels, where the RA police arrest a group of people.

Commenting on the video, Telegram channels wrote that the Armenians were forced to go to the front.
In particular, it was mentioned that at the time when Prime Minister Pashinyan was talking about a high fighting spirit, Armenian men were forcibly sent to "get acquainted" with Bayraktar striking UAVs.

The ''Information Checking Center'' reports that the video is old and has nothing to do with the war unleashed by Azerbaijan on September 27.

The video appeared on the Internet on July 13 of this year, when the participants of the “VETO” initiative were carrying out a car rally from Artashat to Yerevan.