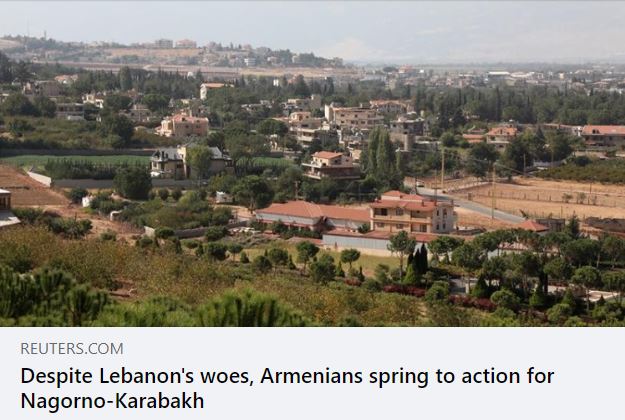 Hikmet Hajiyev, the advisor to the President of Azerbaijan, shared the following Reuters news agency piece, “Despite Lebanon’s woes, Armenians spring to action for Nagorno-Karabakh”, on his Twitter microblog and claimed that:

“Presence of foreign fighters and mercenaries in the ranks of Armenia’s armed forces are reaffirmed in the reportage of Reuters. We have stated on multiple occasions that Armenian involves mercenaries from Lebanon and Syria along with PKK terrorists”. 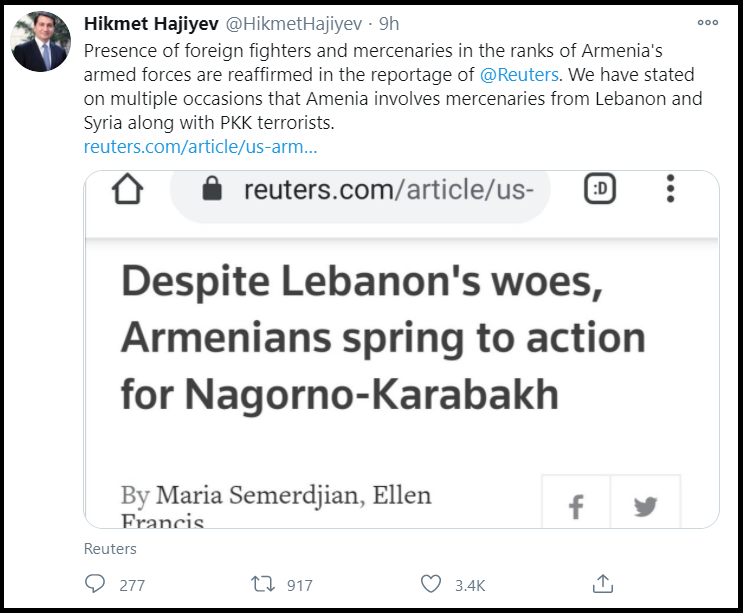 An examination of the articles by the widely respected agency Reuters shows that there is no talk of mercenaries from Lebanon or Syria, nor of Kurdistan Workers’ Party terrorists in the article.

The article rightly states that there is an Armenian community in Lebanon, with 140000 members, most of whose ancestors had fled the mass killings in the Ottoman empire a century ago. The members of that community, despite the crash of Lebanese currency, have raised money, while a couple dozen ethnically Armenian men have left for Armenia without hesitation to help the homeland against the war unleashed by Azerbaijan on September 27.

Particularly, the article is about Vartkes (who did not want to mention his full name), who had moved to Armenia, and about the opera singer Gevorg Hadjyan, who was on the front line since the beginning of the war and has since died in battle.

Therefore we report that Hikmet Hajiyev has once again made false statements, this time by misrepresenting the content of the Reuters article. 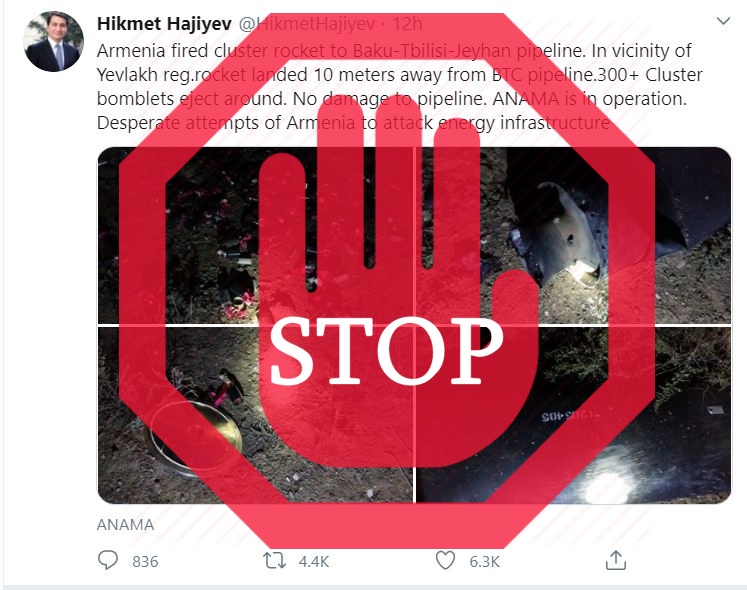 Hajiyev’s fake allegations about the use of cluster...