The news about the explosion of a bunker in Artsakh is fake; the photo is old

Yesterday, Azerbaijani media, citing their military sources, wrote that, allegedly, a bunker was destroyed, with Armenian officers, generals and high-ranking officials of the Armenian Armed Forces in it. It was also mentioned that the “deadly” strike was delivered by Harop fighter UAV.

As an evidence, the photo of the fighter was attached. 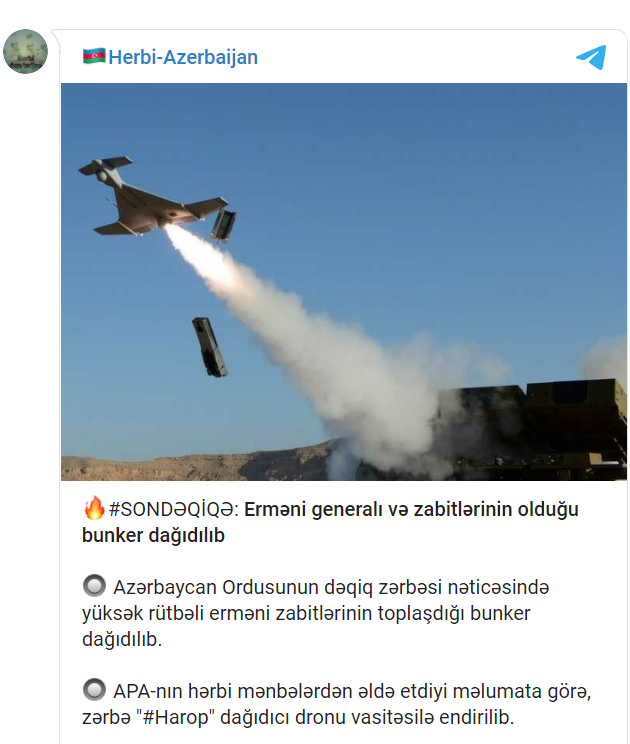 First of all it should be noted that the published photo is, at least, from 4 years ago. It has been circulating in the media since 2016.

In response to the inquiry by the Information Checking Center, the Artsakh Defense Army stated that this statement is an absolute misinformation.