Yezidi volunteers fighting in Artsakh are presented as terrorist militants 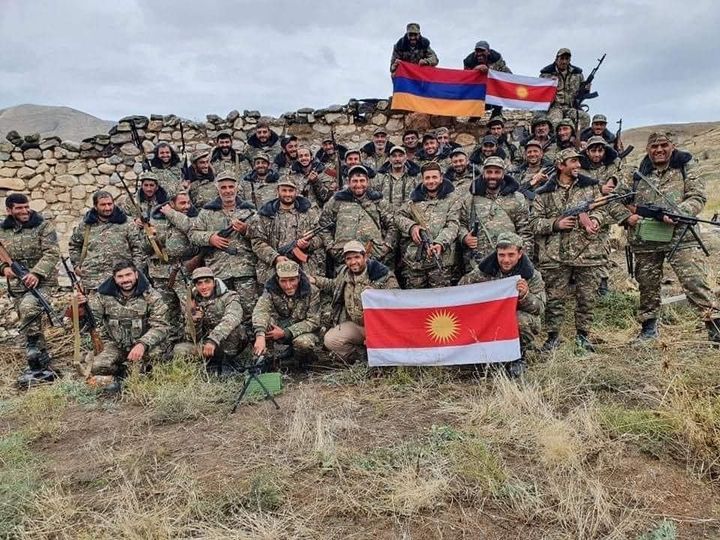 Pan-turkish “Günaz TV” as well as Iranian “Sepahcybery”  telegram channels published a video with the participation of servicemen, claiming that Armenia has involved the terrorist militants of the "Kurdistan Workers' Party" (PKK) in the battles.

In reality, it is not PKK terrorist militants, but rather representatives of the Yezidi community living in Armenia, who have volunteered to defend the Artsakh Republic from Azerbaijani attacks.

Conversations in the footage are in Yezidi language, in which the latter say: “Who are we? Yezidis.” The flag of the Yezidis is also visible.

Despite this, the people visible in the video are identical to the representatives of the Yezidi community, whose photos were spread on a number of Armenian Facebook pages yesterday. The same video was posted on the Yezidi “Pers_tna” channel on Instagram. 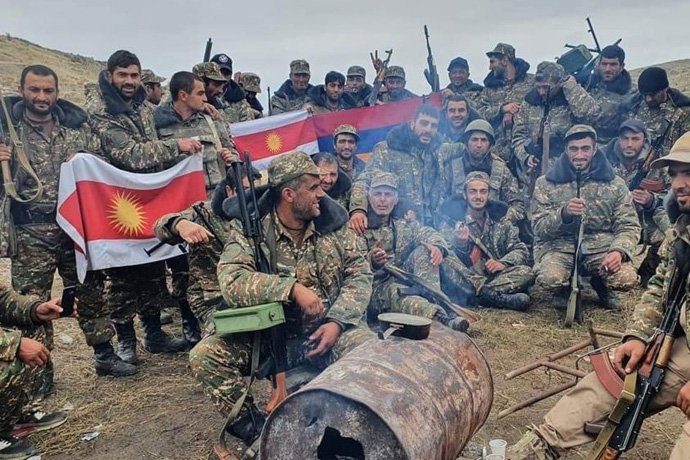