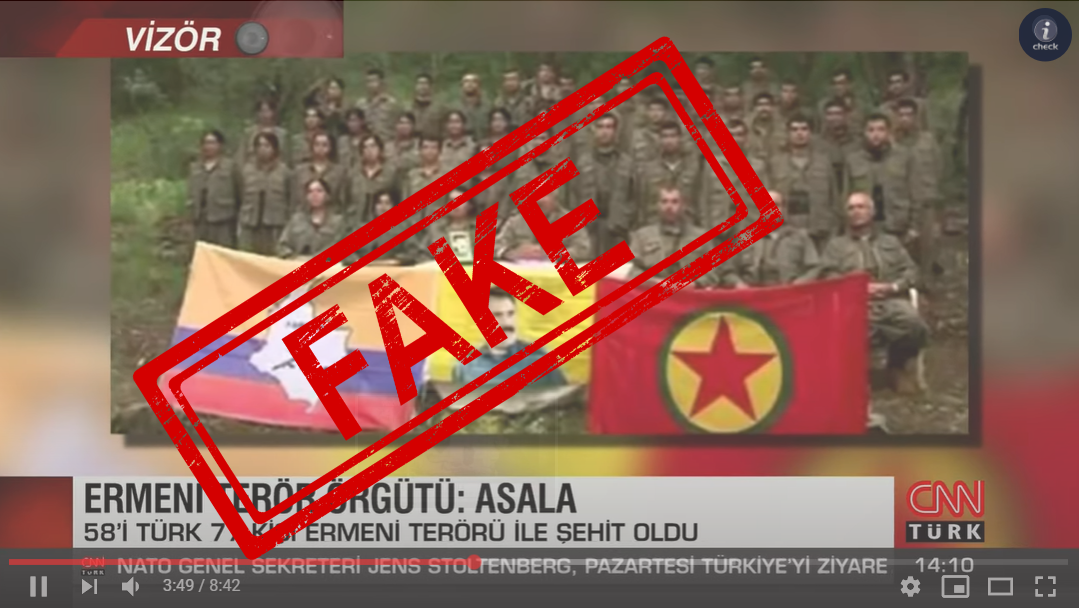 The Turkish service of CNN, CNNTÜRK, has prepared an 8-minute article entitled “The bloody history of ASALA և ADL (JCAG) terrorism.” In the prepared report, the old thesis that allegedly militants of the Kurdistan Workers' Party are fighting in the Artsakh Republic was circulating. During the report, the news outlet published footage allegedly showing that PKK militants were fighting together with “ASALA.” It should be noted that the episodes published by the media were falsified. In particular, the orange, blue and red flag flying next to the Kurdistan Workers' Party flag actually belongs to the Colombian National Army (FARC), so the map on the flag belongs to Colombia. 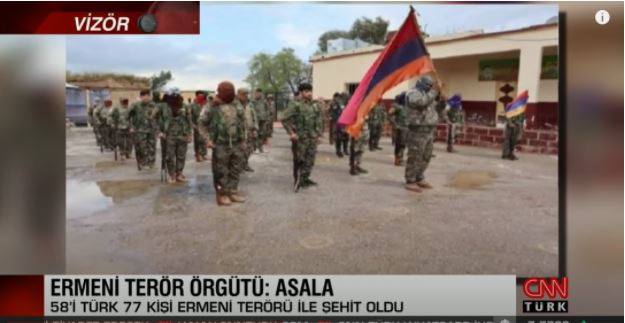 This photo was actually taken in Syria and shows an episode from the gathering of the "Nubar Ozanyan Armenian Brigade" formed on the 104th anniversary of the Armenian Genocide.